The undisputed queens of Andalusian patios and balconies.

The geranium and especially its variant the ivy geranium, are plants highly appreciated by gardening enthusiasts.

These are species that are easy to care for, with flowers ranging from white to red, pink and even salmon, and which look great in hanging baskets.

But even if they require little maintenance, to get the most out of them there are some tricks you should know.

And in this post we are telling you all the geranium and ivy geranium care, as well as some tips on how to use them 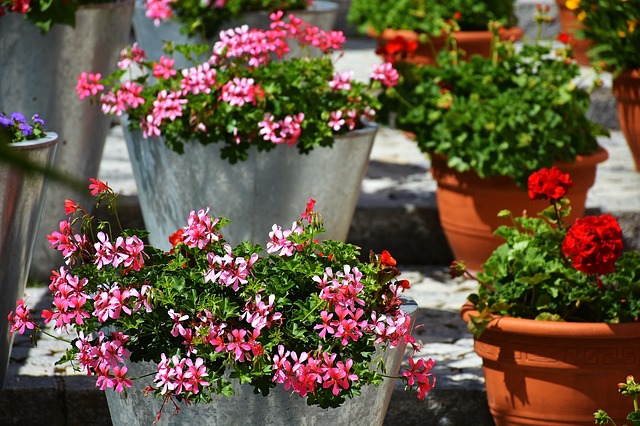 The geranium and the ivy geranium: basic care

There is a reason these flowers are so popular in warm areas like the Mediterranean.

And it is that with a minimum care, both the geranium and the ivy geranium can remain bloomed throughout the year.

Let's see those are.

1. Many hours of light

These plants are sun lovers.

In order for them to bloom in all their splendour, they should ideally receive between two and four hours of direct light each day.

But be careful during the summer.

In the warmer months, too much sun in the central hours of the day can end up taking its toll.

What you can do is expose them to light during the early hours of the morning and then, as evening approaches, put them in semi-shade.

Both the geranium and the ivy geranium are plants of warm climates.

They withstand high temperatures well and can survive in environments above 30 °C.

The problem comes in winter.

That is when they can begin to suffer the effects of the drop in temperatures.

In general, watch out when the thermometer drops below 10ºC, because then some effects of the cold on these plants begin to be appreciated.

If night frosts are common in your area, it is preferable to keep them indoors. 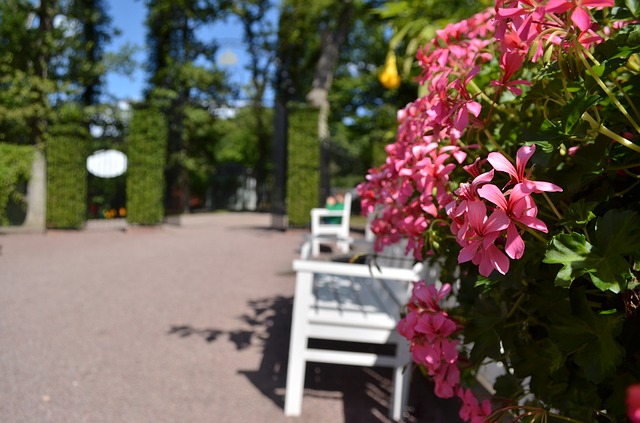 3. If you want a lot of flowers, remember to water them

Irrigation is not a priority between ivy geranium and geranium care.

These plants withstand both high temperatures and drought well, and can survive several days without water.

Now, keep in mind that abundant watering during the summer (without overwatering) will make them bloom more.

Ideally, in the hottest months you shall water them about three times a week.

The rest of the year you can slow down to one watering every 4 or 5 days approximately.

As with many flowering plants, geraniums and ivy geraniums benefit from a fertilizer rich in phosphorous.

What we recommend you to avoid making mistakes with the proportions is that you look for a specific fertilizer for geraniums.

Apply between March and September to stimulate flowering. 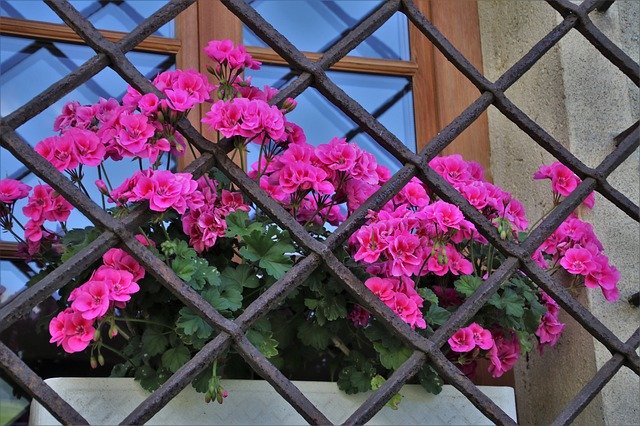 5. Pests and diseases to be aware of

We will now see the possible natural enemies that can shorten the life span of your geraniums and gypsies.

A. The Geranium Butterfly, its worst enemy

Like most plants, both geraniums and ivy geraniums can be affected by the usual pests of warm months (from aphids and mealy bugs to spider mites, caterpillars and whiteflies).

But if there is one that you should be especially concerned about, it is the geranium butterfly (Cacyreus marshalli).

Or to be more exact, its larvae.

The reason is that this butterfly lays its eggs inside the plant. At birth, the larvae feed on it and eat it from the inside.

To prevent it, it is best to use a systemic insecticide, a special type of phytosanitary that remains inside the plant and serves both for the prevention of pests and for their elimination.

B. Be very careful with fungi

There are some diseases caused by viruses and bacteria that can affect your geraniums and ivy geraniums (and that can be serious if you don't treat them).

But in most cases, the origin of the problem is usually a fungus.

These are eight of the most common diseases among these plants:

Treatment against viruses and bacteria is more complex, but in the case of a fungal infection you can eliminate it at an early stage.

In the event that the infection has spread, you will probably have to discard the plant and change the substrate so that the fungus does not spread to those around it.

These species are not very demanding when it comes to pruning.

However, it is recommended that we cut them twice, once in spring and once in autumn, to remove the damaged stems. After each pruning you can take the opportunity to add a layer of substrate.

In addition, it is important to eliminate dead flowers, because this will stimulate new blooms. 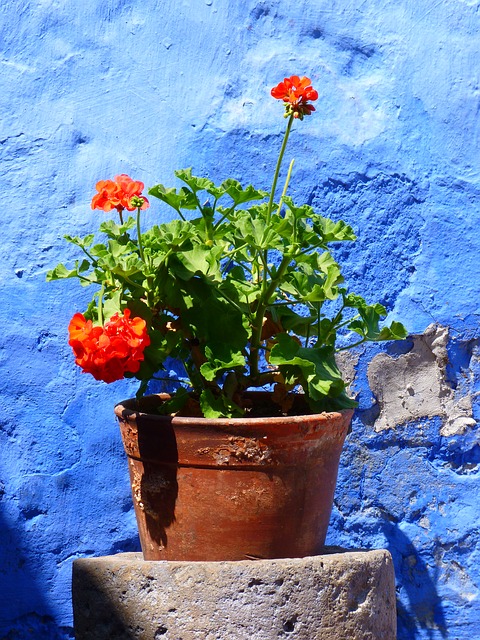 Another aspect in which neither the ivy geranium girl nor the geranium are too delicate.

Both will be satisfied with a universal substrate, both when sowing them and when transplanting them, as long as you follow the fertilizer indications that we told you before.

Of course, remember that the mixture has a good drainage (as we explained in this post), because they are sensitive to waterlogging.

Where to plant your gypsies and geraniums

These plants are very versatile.

They are often planted in pots, forming colourful clusters on terraces and balconies, or in hanging baskets.

But given their short stature, it is also common to see them as borders around the trees.

Another option, if you want them to stand out in the garden, is to form dense flower beds with them, mixing flowers of different colours to achieve a more spectacular result.

This last option is valid if you live in a warm area, but if they are going to suffer from frosts in winter, it is better to keep them in a pot to protect them.

As you have seen, these are very grateful plants that require little maintenance.

With a little tact you will get them to keep their beautiful flowers from spring until well into autumn.

If you have doubts, you already know that you can contact us for advice.

And if what you are looking for are geraniums, then you can visit our website and see all the varieties that we have at your disposal.